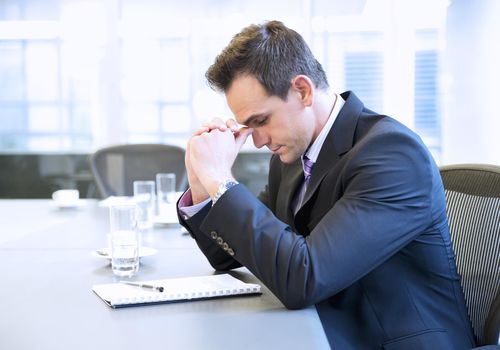 A team of researchers led by the psychologists and neuroscientists Prof. Markus Heinrichs and Dr. Bernadette von Dawans at the University of Freiburg, Germany, examined in a study how men react in stressful situations — and have refuted a nearly 100-year-old doctrine with their results. According to this doctrine, humans and most animal species show the “fight-or-flight” response to stress. Only since the late 1990s have some scientists begun to argue that women show an alternate “tend-and-befriend” response to stress — in other words, a protective (“tend”) and friendship-offering (“befriend”) reaction. Men, in contrast, were still assumed to become aggressive under stress. Von Dawans refuted this assumption, saying: “Apparently men also show social approach behavior as a direct consequence of stress.”

With this study, the research team experimentally investigated male social behavior under stress for the first time. The results are published in the  journal Psychological Science. The economists Prof. Ernst Fehr of the University of Zurich, Switzerland, and Prof. Urs Fischbacher of the University of Konstanz, Germany, as well as the psychologist Prof. Clemens Kirschbaum from the Technical University of Dresden, Germany, also participated in the study. Last year, Heinrichs and von Dawans already developed a standardized procedure for inducing stress in groups using a public speaking task. The researchers examined the implications of this stressor for social behavior using specially designed social interaction games.. These games allowed them to measure positive social behavior — for example, trust or sharing — and negative social behavior — for example, punishment.

In the study, subjects who were under stress showed significantly more positive social behavior than control subjects who were not in a stressful situation. Negative social behavior, on the other hand, was not affected by stress. For Markus Heinrichs, this has far-reaching consequences for our understanding of the social significance of stress: “From previous studies in our laboratory, we already knew that positive social contact with a trusted individual before a stressful situation reduces the stress response. Apparently, this coping strategy is anchored so strongly that people can also change their stress responses during or immediately after the stress through positive social behavior.”

If you suffer from the above symptoms, see your doctor or you can simply use our products to effectively reduce stress.